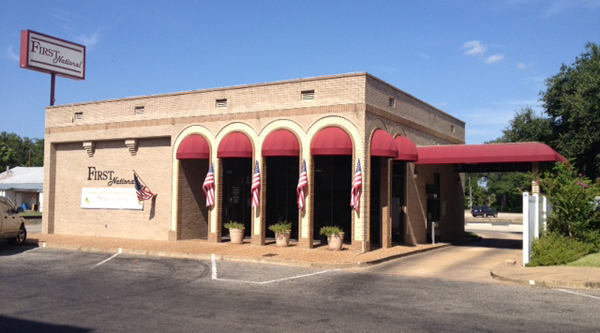 Husband shoots 2 bank robbery suspects who kidnapped him, his wife

OLUMBUS, Texas -- Two bank robbery suspects were shot in Colorado County Thursday night by a man who said they kidnapped him and his wife, a bank employee. According to the Colorado County Sheriff’s Office, the couple had been held at gunpoint by the suspects inside their home just north of Columbus.

They were then forced to drive to the First National Bank of Eagle Lake in Columbus. The suspects then forced the woman to take out an undisclosed amount of funds, investigators said. “We believe they had knowledge that she was an employee of the bank for them to be at the residence and to take her back,” Sgt. Andrew Weido with the Columbus County Sheriff’s Office said. He said the suspects then forced the husband to drive them in his truck south down Highway 71, and that's when the husband of the bank employee was able to gain access to a firearm inside the vehicle.

He fired at the suspects near County Road 101. Authorities then responded to a 911 call from the scene at 7:30 p.m. with the Columbus Police Department arriving first. When they arrived, officers found the two suspects with gunshot wounds lying on the ground near a pickup that was parked in a ditch. One of the wounded, 20-year-old Jordan Kutach, was airlifted to Memorial Hermann Hospital in critical condition.

The other, 21-year-old Preston Kutach, was taken by EMS to the Columbus Community Hospital, where he was pronounced dead. Both suspects lived in the community of Rock Island and neighbors said they were brothers. The bank’s president, Sam Kana, tells KHOU 11 News he is thankful and blessed that the couple was not hurt.

Those who know them said the husband is a reserve officer with the sheriff’s department and that the community has their back. “I’m sure that they’re both going to be upset for awhile,” resident Brenda Buehler said. “It’s a frightening thing to have happen, but I think everybody’s going to tell them good job.”

“It’s very positive to a community to hear that the good guy does win in the end,” resident Evan Mullins said. “It could have turned out so much worse,” store owner Debbie Damon said. Investigators said the couple did not know their attackers, and it is unclear how they became targets.

They are not releasing their names, or surveillance video, which they said captures some of the crime still in progress. The Texas Rangers will be assisting with the sheriff’s investigation.