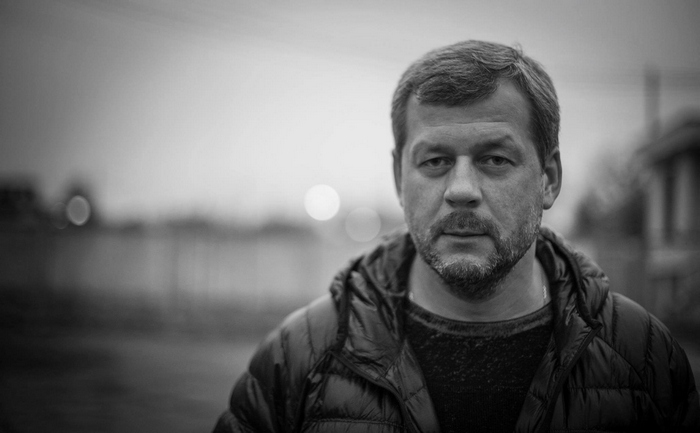 On Thursday, October 4th, based on fabricated allegations and court decision that do not withstand any criticism, the Prosecutor General's Office and the Ministry of Internal Affairs in tandem and at the request of their pocket monopolist, Ibis LLC, held an abusive attack on the leadership and members of the Ukrainian Gun Owners Association.

A number of searches took place on the basis of unlawful court decisions, in particular at the address of my registration.

Several superior case investigators of the Chief Investigative Department of the PGO, accompanied by dozens of armed KORD officers and investigators from the National Police’s Department of Economic Defense, participated in this disgraceful "special operation".

Being at the forefront of the fight for the right of citizens to armed defense, we have always been aware of the danger of our relationship with the system. In recent months, you've all witnessed media attacks on UGOA and myself – hit pieces in online publications and televised broadcasts. Nevertheless, we have soberly treated this as one of the obstacles of our struggle to fight for our rights.

Admittingly, breaking into apartment of my 88-year-old father is just too much. It is a somber reminder of undisguised NKVD methods, which the new, so-called "non-criminal" power, put into service. 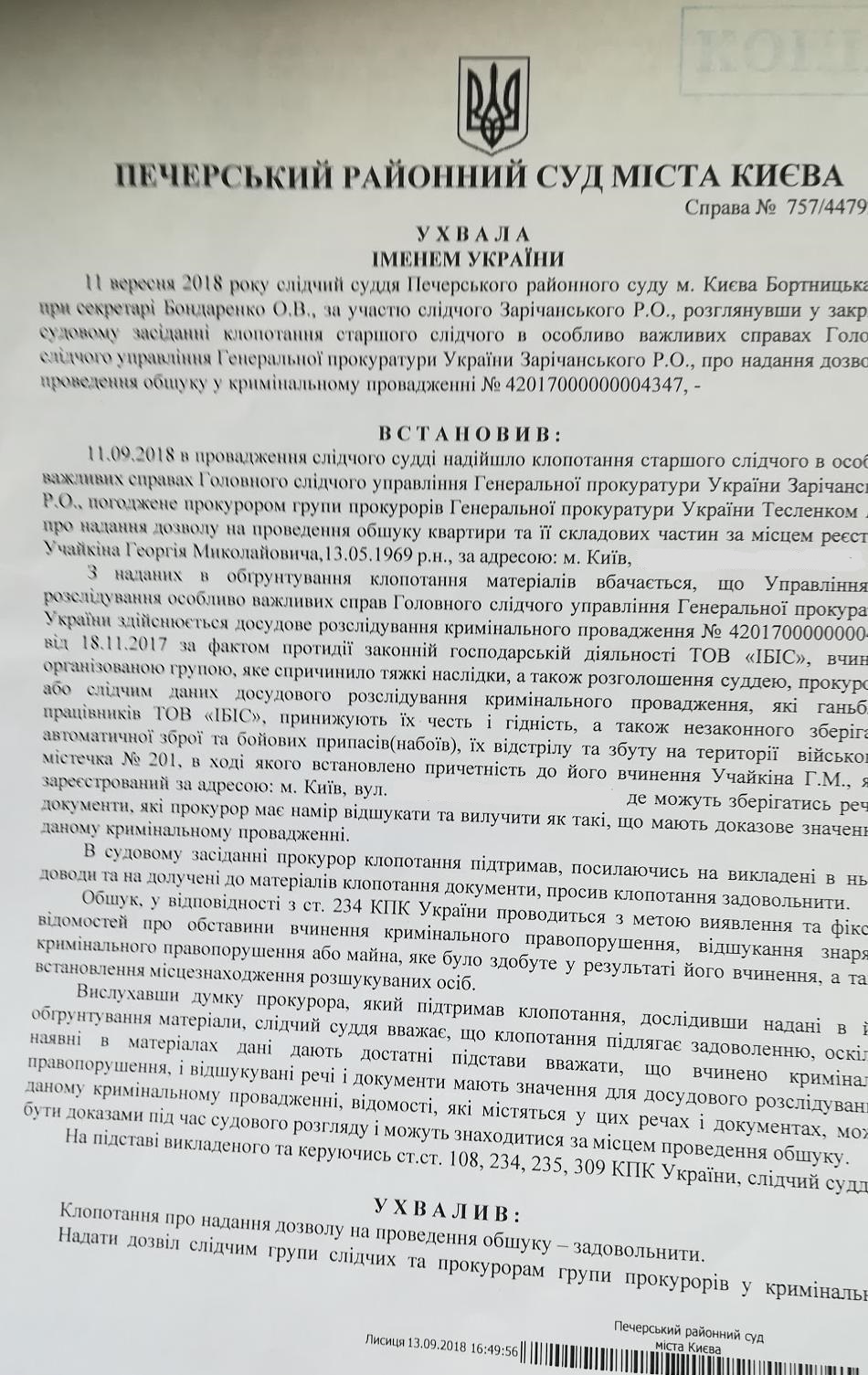 The decision of the Pechersk District Court 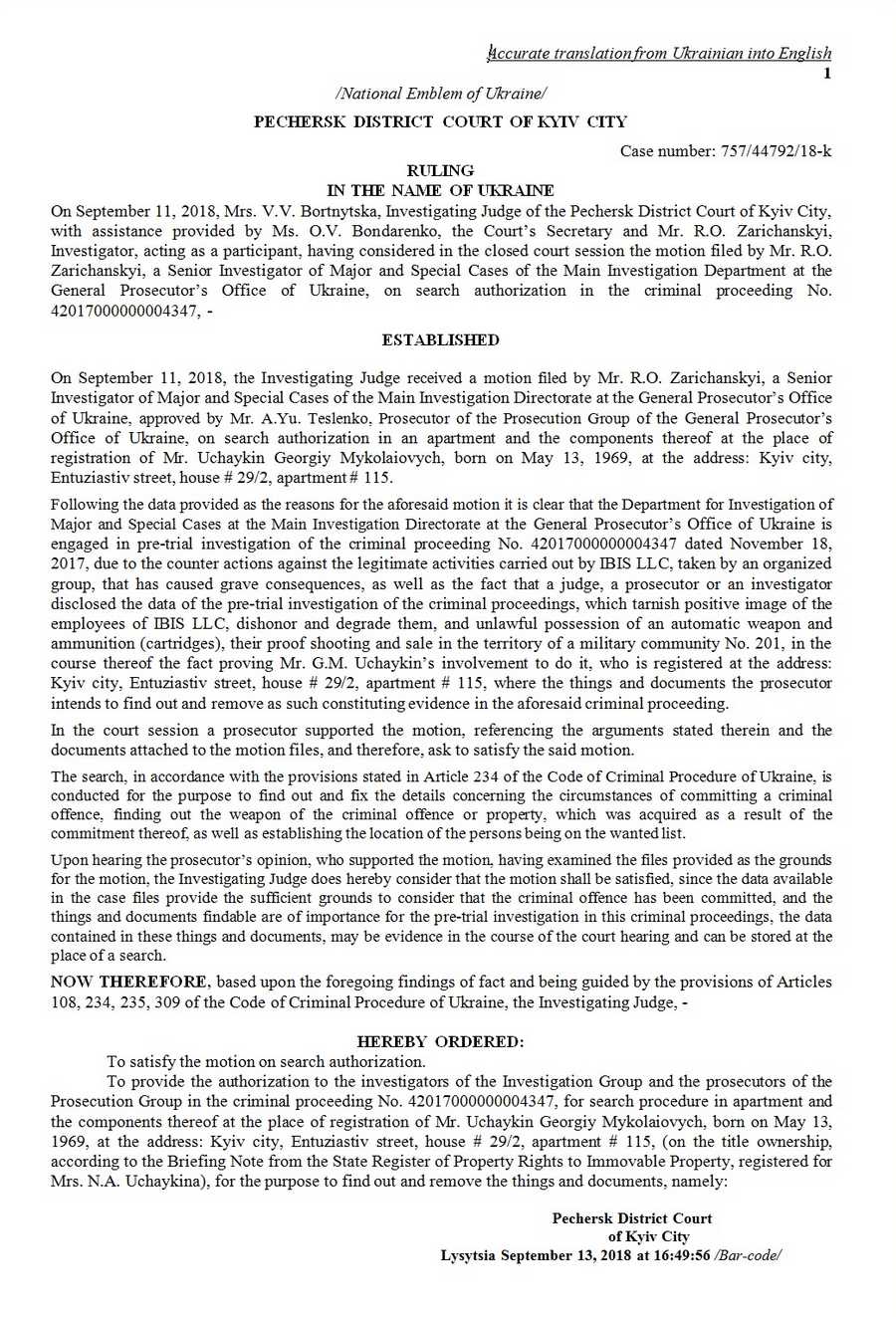 The decision of the Pechersk District Court (English)) 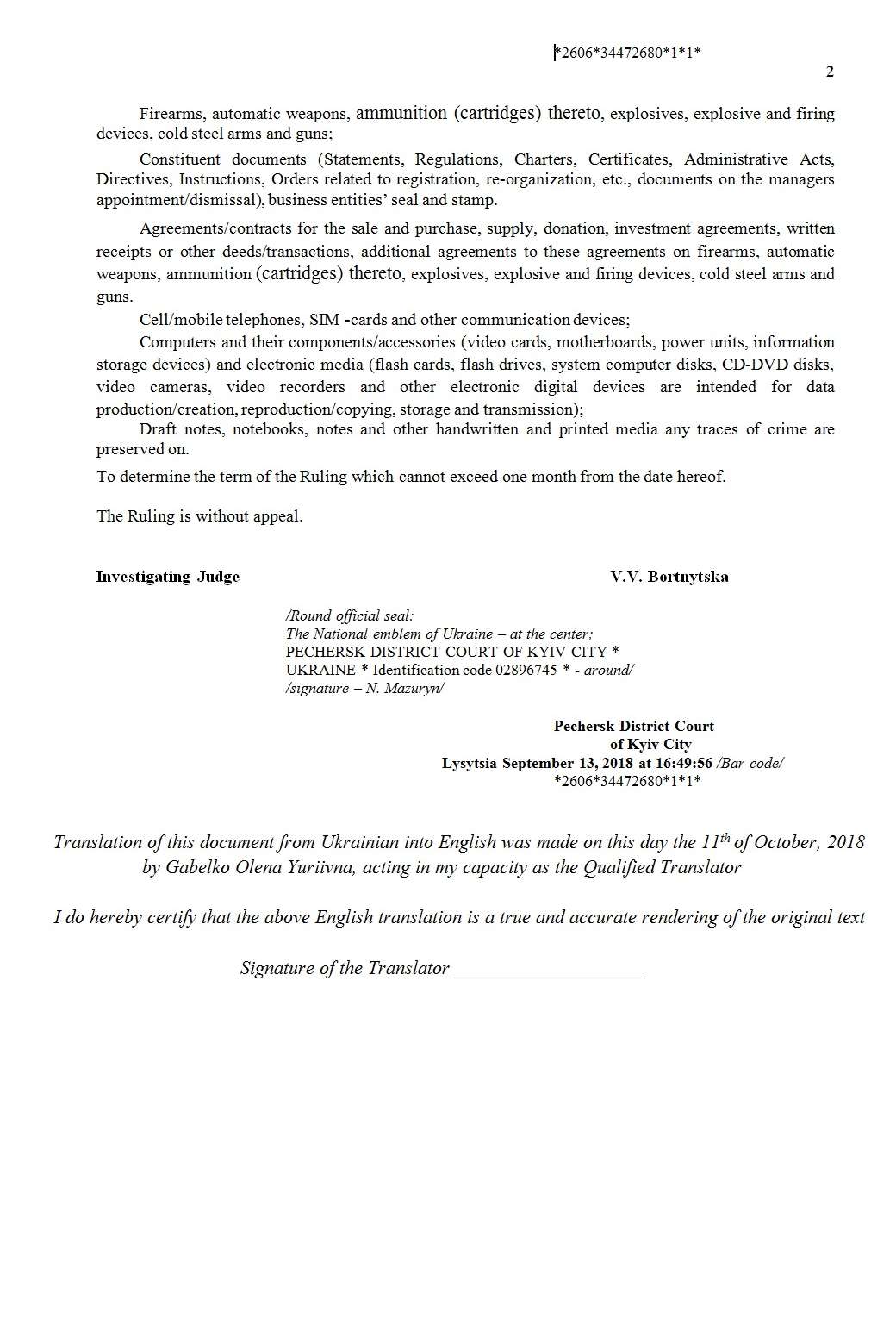 The decision of the Pechersk District Court (English))

The attack on the UGOA shows that they realize that election time is, time for a change. Awareness of the weight of the voice of gun owners in the changes that will lead to settlement of civilian arms circulation by Law. Realization of the irreversibility of the end of their "rigged agreement". After all, we are well aware of long-term interest of the Ministry of Internal Affairs and individual monopolists on the arms market in preserving the current state of affairs, when the right of citizens to bear arms is not regulated by Law. Security forces, which have already been secretly serving their main donor of "award guns" – Ibis LLC seek to prolong the life of illegal police protection, which guarantees them control over the market of civilian weapons.

Now they have openly demonstrated that the activity of the Ukrainian Guns Owners Association and our bill is a major threat for them.

This attack – is an attack on all of us, on our constitutional rights, and most importantly, on our future. After all, our demand to settle the right to bear arms by Law has long gone beyond the arms issue. Now the question is whether Ukraine is a democracy where all its citizens are governed by Law, or is it a militia state, where its citizens are being forced to follow rules made up by police without proper due process.

Disregard and disrespect no longer exists, and we have come close to the culmination of our struggle, so called "champions" rounds, after which our victory will come.

Of course, after the "Abusive Thursday", we do not rule out either the blocking of the UGOA's work or my personal detention.

However, I assure you, that despite all, the struggle will continue until we reach our goal, because you cannot intimidate and stop the desire of people.

I urge you to give an adequate assessment of the PGO’s, Ministry of Internal Affairs actions, which act as servants of the influential private sector.

Band together and fight for our common right to armed defense!

Free people have guns! Ukraine is a republic where the people are the source of power.

Together we will win!