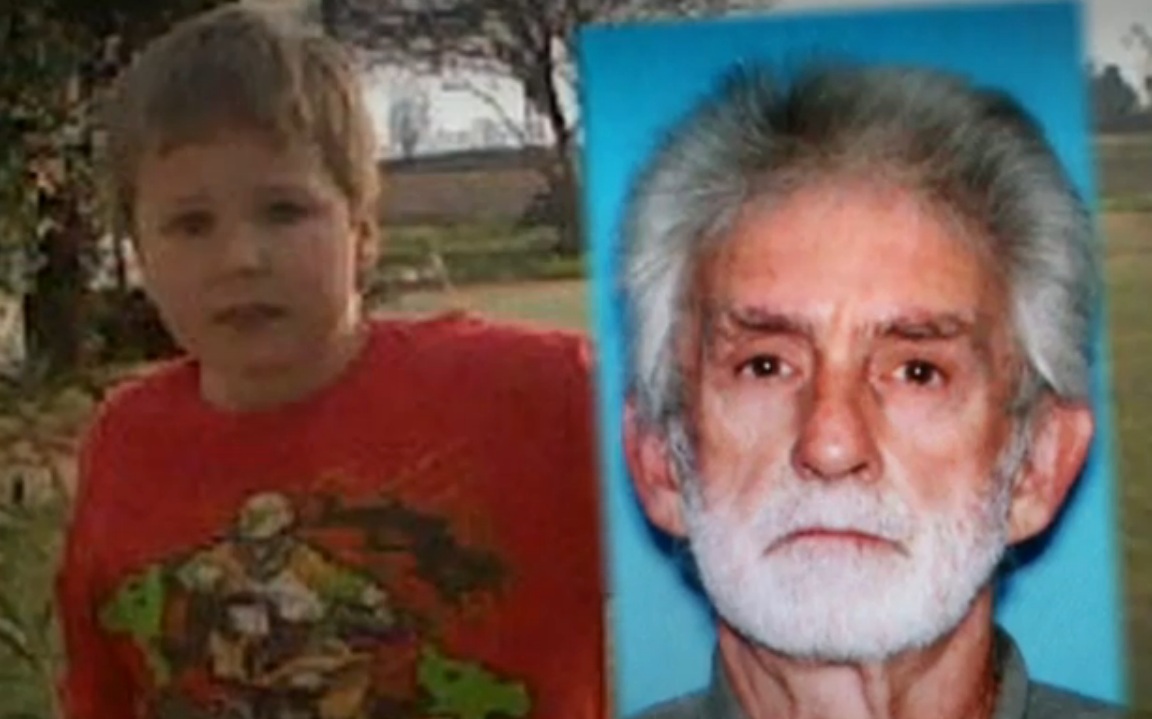 For six anguished days, people in this small Alabama town asked just one question about the 5-year-old boy being held hostage in an underground bunker by a menacing, unpredictable neighbor: "Is he free yet?"

After FBI agents determined that talks with an increasingly agitated Jimmy Lee Dykes were breaking down, they stormed the closet-sized hideout Monday afternoon and freed the kindergartner. The 65-year-old armed captor was killed by law enforcement agents, authorities said.

"They did have a camera inside and they were able to observe his movements," says CBS This Morning senior correspondent John Miller. "As they watched him handling the weapon, he was getting more and more irrational."

Sheriff Wally Olson said late Monday that Dykes was armed when officers entered the bunker to rescue the child. He said the boy was threatened, but declined to elaborate.

Interviewed Tuesday, the boy's great uncle, Berlin Enfinger, told ABC's Good Morning America that the child was relieved to be home after his rescue a day earlier. An FBI Hostage Rescue team launched the rescue attempt after concerns mounted that Dykes was growing more unstable and presented a growing threat to the boy's safety, a U.S. official told CBS News.

"He's happy to be home, and he looks good," Enfinger said.

CBS affiliate WKRG in Mobile, Ala., reports the boy was reunited with his family just in time: On Wednesday, he celebrates his sixth birthday.

Almost a week after Dykes was accused of fatally shooting a school bus driver on Jan. 29 and grabbing the child from among a busload of students, authorities were undertaking an extensive investigation of the standoff site — some 100 acres in Midland City where Dykes had built his bunker.

An official in Midland City, citing information from law enforcement, said police had shot Dykes. The official requested anonymity because the official wasn't authorized to speak publicly about the investigation into the case that had captured national attention.

But federal authorities were tight-lipped about specifics of how they ended the standoff.

A law enforcement source did not disclose Dykes' motives but said he had issues he had wanted to air and one of them was of an anti-government nature, according to CBS senior investigative producer Pat Milton. The source did not elaborate.

Neighbors said they heard a bang and gunshots, but the FBI wouldn't confirm that. Authorities also kept under wraps exactly how they were able to monitor Dykes and the boy in such a confined space.

"We have a big crime scene behind us to process," said Special Agent Steve Richardson of the FBI's office in Mobile. "I can't talk about sources, techniques or methods that we used. But I can tell you the success story is (the boy) is safe."

Daryle Hendry, who lives about a quarter-mile from the bunker, said he heard a boom Monday afternoon, followed by what sounded like a gunshot. Dykes had been seen with a gun, and officers concluded the boy was in imminent danger, Richardson told reporters.

It was not immediately clear how authorities determined the man had a gun.

The boy was reunited with his mother and taken to a hospital to be checked out. Officials have said he has Asperger's syndrome and attention deficit hyperactivity disorder.

Richardson said he saw the child at the hospital and he was laughing, joking, eating and "doing the things you'd expect a normal 5- or 6-year-old to do."

The rescue capped a hostage drama that disrupted the lives of many in a tranquil town of 2,400 people set amid peanut farms and cotton fields some 100 miles southeast of the state capital of Montgomery.

It's a small, close-knit community that has long relied on a strong Christian faith, a policy of "love thy neighbor" and the power of group prayer.

The child's plight prompted nightly candlelight vigils. Fliers appealing for his safe release and ribbons placed on a chain-link fence at the school where the kindergartner was enrolled.

While a town anxiously waited for days, authorities had been speaking with Dykes though a plastic pipe that led into the bunker. The shelter was about 4 feet underground, with about 50 square feet of floor space, built like the tornado shelters frequently found in the South. 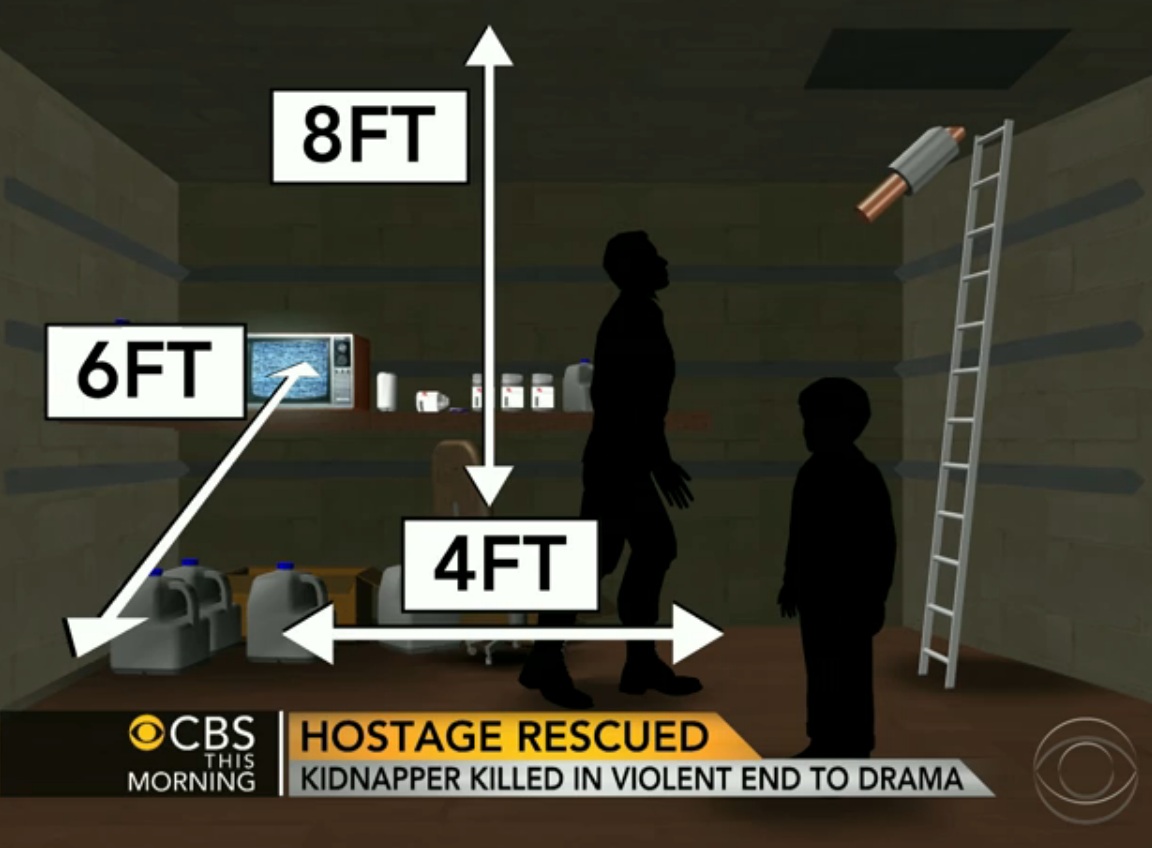 Authorities sent food, medicine and other items into the bunker, which apparently had running water, heat and cable television but no toilet.

The standoff unfolded just a few hundred yards from U.S. 231, a busy four-lane highway where both sides of the road were lined with law enforcement vehicles from local, state and federal authorities.

When it was over, one acquaintance, Roger Arnold, commented: "He always said he'd never be taken alive. I knew he'd never come out of there."

But authorities did not immediately say whether they had determined the property had been rigged with any explosives.

Asked about local disclosures that Dykes had been killed by law enforcement officers, Pack responded in an email early Tuesday: "The facts surrounding the incident will be established by a shooting review team" from Washington in coming days.

At the request of law enforcement authorities, Secretary of Defense Leon Panetta had approved the provision of certain equipment that could be employed to assist in the hostage situation, according to a U.S. official who requested anonymity to discuss a pending law enforcement matter. It is not clear whether the equipment was actually used.

Neighbors described Dykes as a nuisance who once beat a dog to death with a lead pipe, threatened to shoot children for setting foot on his property and patrolled his yard at night with a flashlight and a firearm.

Government records and interviews with neighbors indicate that Dykes joined the Navy in Midland City and served on active duty from 1964 to 1969. His record shows several awards, including the Vietnam Service Medal and the Good Conduct Medal. During his service, Dykes was trained in aviation maintenance.

He had some scrapes with the law in Florida, including a 1995 arrest for improper exhibition of a weapon. The misdemeanor was dismissed. He also was arrested for marijuana possession in 2000.

He returned to Alabama about two years ago, moving onto the rural tract about 100 yards from his nearest neighbors.

Ronda Wilbur, a neighbor of Dykes who said the man beat her dog to death last year with a pipe, expressed relief like other neighbors who described the suspect as volatile and threatening. "The nightmare is over," Wilbur said.

On Sunday, more than 500 people attended a memorial service for bus driver Charles Albert Poland Jr., hailed as a hero for protecting nearly two dozen other children on the bus before he was gunned down.

"This man was a true hero who was willing to give up his life so others might live," Gov. Robert Bentley said in a statement after the rescue.