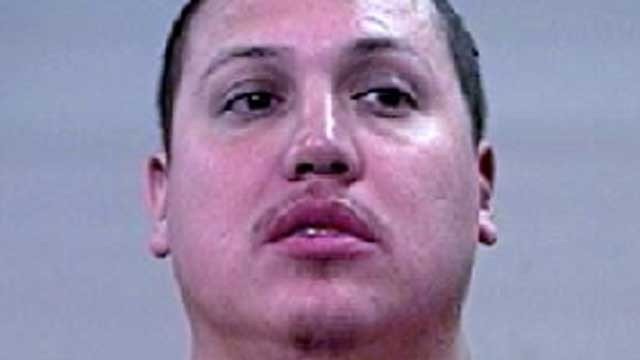 A Texas father, who watched a drunk driver strike and kill his two young sons, has been charged with murder after allegedly shooting the driver in the head moments after the accident.

David Barajas, 31, was charged with murder on Monday, more than two months after his sons David Jr., 12, and Caleb, 11, were killed steps from their home on a rural road outside Houston on Dec. 7.

Barajas and his sons were pushing the family's disabled pickup truck toward their home late that night, as the boys' mother and two younger siblings sat inside, according to a police report released by the Brazoria County Sheriff's Department.

They were struck by Jose Banda, 20, the driver of a Chevy Malibu, instantly killing David Jr. and critically injuring Caleb, who later died at a hospital.

"Banda was determined to be intoxicated at the time of the crash," police said in their report.

When cops arrived on the scene, they noticed something else about Banda. He had been shot in the head. But they could not immediately find the murder weapon.

"Investigators recovered a projectile from inside of the vehicle that Jose Banda's was shot in. Investigators were unable to match that projectile to a weapon because no weapons were recovered at the scene," according the sheriff's department.

Witnesses at the scene watched Barajas walk to his home and allegedly retrieve the gun with which he shot Banda, according to a police report. When police searched the home, they found a pistol holster and ammunition, but no firearm.

"Investigators are currently awaiting results of gunshot residue tests which were collected at the scene," police said. On Friday, a grand jury found there was enough evidence that Barajas could be charged.

According to authorities, he does not yet have an attorney.

"It really hurt a lot of us," Jose Roman, a family friend of Barajas, told ABC affiliate KTRK-TV about the death of the boys and the indictment of their father.

The boys, both fans of the Houston Texans, were buried last month. Many of the mourners at their funeral wore Texans jerseys.

But the family of the slain driver believes justice must be done.

"It was an accident. He didn't purposely do that,' Janie Tellez told KTRK. "Whoever did it is getting away with murdering my nephew. He deserves justice."