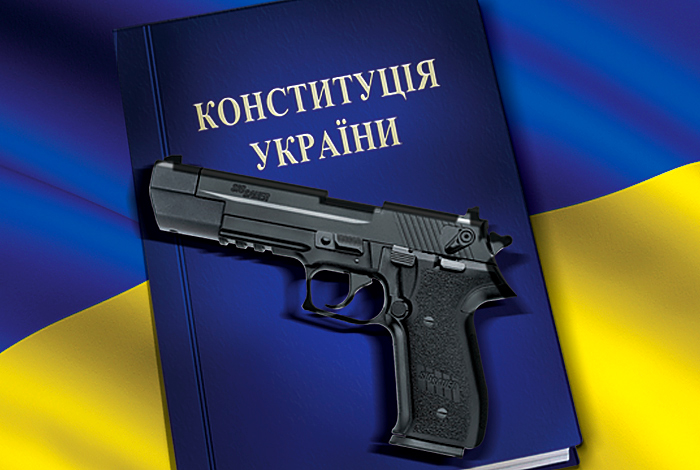 The Constitution of Ukraine

The events of the latest months exposed lot of weak points of the Ukrainian security system, moreover the catastrophe situation in some directions. In particular, we can state today that the government has lost the control over the guns circulation among population. It is obvious that things are going to get worth and this process entails threat for citizens’ security and peace in the country in the future.

That is why the question of the guns ownership legalization for law-abiding citizens means saving the lives of the Ukrainians. We insist: the government should discuss and adopt the Civil Guns and Ammunition bill and changes to the 27 article of the Ukrainian Constitution at last. There is no time to hold over anymore.

We demand to grant us the legitimate opportunities to defend these basic values – also with the help of the firearms – from usurpation, invasion on the constitutional order, sovereignty and territorial integrity of Ukraine.

At the same time, the state should strictly control the guns ownership and guns use – and the Civil Guns and Ammunition Act will lay the foundation for the rights and responsibilities implementation.

Taking in account everything that was said above we ask you to create urgently the working group of specialists, Verkhovna Rada deputies and guns community representatives for the Civil Guns and Ammunition bill and changes to the 27 article of the Ukrainian Constitution.

The urgent preparation of all these documents for the Verkhovna Rada consideration should be the main task of the working group.

Mr. President, the Ukrainian people gave you an unprecedented credibility in this crucial moment for the country. We invoke you to make historic contribution in gaining Freedom, so hoped-for by many generations of the Ukrainians.