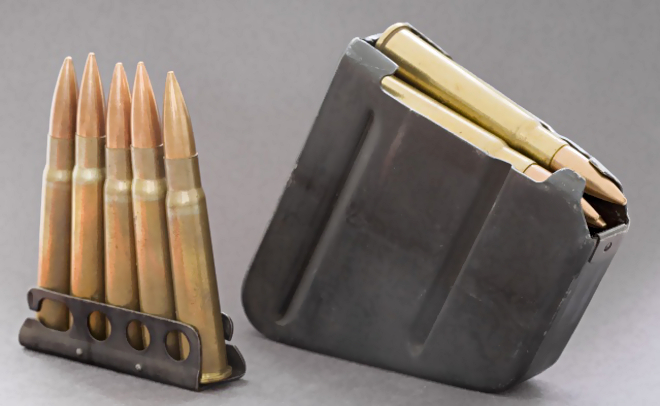 An “Assault” Weapons Ban is not the Answer

Well, here we are, several days after one of the most horrific school shootings in America’s history.

An event like this is unthinkable. It epitomizes the word ‘tragedy.’ And both gun owners and gun-control activists agree that, as President Obama said in his speech last night before residents of that grief-stricken, New England town, “We can’t accept events like this as routine.”

All right, so, the question then becomes what do we do to reduce the likelihood that this happens again? As we come together as a nation to answer this question, here are five points that must be raised during the debate:

An “Assault” Weapons Ban is not the Answer

A renewal of the Clinton-era “Assault” Weapons Ban (AWB) seems to be the solution (or part of the solution) that most gun control advocates are now pushing in the aftermath of Sandy Hook. “I can tell you that [the president] is going to have a bill to lead on because…I’m going to introduce [it] in the Senate and the same bill will be introduced in the House – a bill to ban assault weapons,” said Sen. Dianne Feinstein on NBC’s ‘Meet the Press’ on Sunday. The bill would ban “assault” weapons and high capacity magazines (those that can hold more than ten rounds). Though, has anyone bothered to ask himself/herself whether an AWB is really effective at thwarting crime or mass shootings? Guns.com has pointed this out in the past, but here it is again (courtesy of wiki):

The Centers for Disease Control and Prevention studied the “assault weapon” ban and other gun control attempts, and found “insufficient evidence to determine the effectiveness of any of the firearms laws reviewed for preventing violence.”

A 2004 critical review of research on firearms by a National Research Council panel also noted that academic studies of the assault weapon ban “did not reveal any clear impacts on gun violence” and noted “due to the fact that the relative rarity with which the banned guns were used in crime before the ban … the maximum potential effect of the ban on gun violence outcomes would be very small.”

The United States Department of Justice National Institute of Justice found should the ban be renewed, its effects on gun violence would likely be small, and perhaps too small for reliable measurement, because rifles in general, including rifles referred to as “assault rifles” or “assault weapons”, are rarely used in gun crimes.

These are not the findings of the pro-gun community, but of government institutions and a nonprofit research organization. Before a new AWB is penned, lawmakers should examine these studies. If they do, they’ll recognize that an AWB is not a practical solution to the problem of gun violence (or mass shootings). (A sociopath with a pistol can be just as deadly or as dangerous as one with a high-powered rifle, as Seung-Hui Cho proved in his attack on Virginia Tech, where he killed 32 people and wounded 17 with two common and widely-owned handguns).

Yes, correlation does not equal causation, but it’s difficult to deny the reality that as concealed carry rights have been expanded over the past two decades, crime (property crime, violent crime, and the homicide rate) has continued to decline. In short, more guns and an expanding ‘gun culture’ are not creating more crime. Concealed Carry Expansion:

Here is a place where gun owners and gun control activists can find some common ground. Moving forward we need to review, in detail, the current system for identifying those who are deemed ‘mentally defective’ and who, as a result of that adjudication, are prohibited from owning or possessing firearms. The following questions need to be addressed immediately: is the information on the FBI’s National Instant Criminal Background Check System completely up-to-date? Are courts at every level – local, state, federal – promptly reporting to the FBI info regarding the criminal and mental health status of offenders? Are there ways to streamline and improve the system?

In the particular case of Adam Lanza, a background check wouldn’t have made a difference. All the guns used in the shooting were legally registered to his mother, who was by all accounts an enthusiastic and responsible gun owner (Lanza murdered his mother before driving to Sandy Hook with at least three of her firearms). But generally speaking, a revamped NICS system might help to improve public safety.

As Ted Nugent often says, “I don’t believe in repeat offenders, I believe in dead offenders.” Indeed. But in lieu of dead offenders, we need to do a better job of (a) enforcing exiting laws that are deemed to be appropriately punitive and (b), where needed, creating new laws that ‘throw the book’ at those who use firearms while committing crimes.

In every bank there’s an armed guard (or two or three, etc.). The reason? People rob banks. Well, in America, deranged individuals target defenseless citizens who congregate in ‘gun-free’ zones (a movie theater in Aurora, a Sikh Temple in Wisconsin, an elementary school in Newton, etc.). When are we as a society going to realize that ‘gun-free’ creates environments and situations where people are utterly defenseless to these types of attacks?

In the gun community we often say, “Better to have it and not need it, than to need it and not have it.” On Sunday, during a Fox News telecast, Rep. Louis Gohmert (R-Texas) iterated this important point with respect to Dawn Hochsprung, the principal of Sandy Hook Elementary School, who was killed when she confronted Lanza in an attempt to get him to stop shooting. “I wish to God she had had an M4 [carbine rifle] in her office locked up and so when she heard gunshots… she takes his head off before he can hurt those kids,” Gohmert said

Rep. Gohmert: I Wish to God the Principal Would Have Had an M4 in Her Office Locked Up

No one is saying that every teacher or administrator needs to carry, but there should be at least a few who are willing to take on this responsibility (if not teachers or administrators, then armed security personnel). While having armed employees is no guarantee that something like this will never happen again (after all, people still rob banks), it will at least give students, faculty, and staff a fighting chance – which is much much more than they have right now.