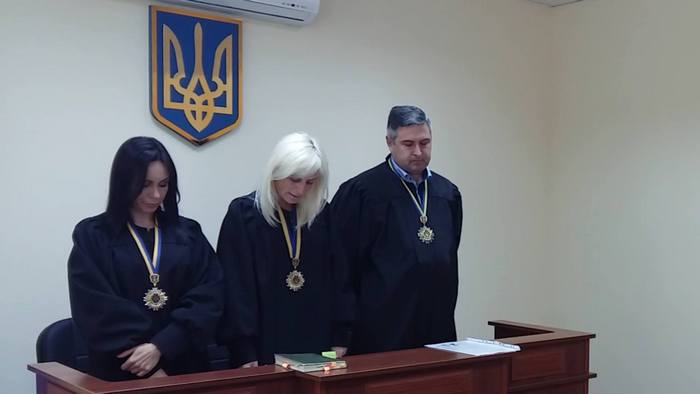 Last September Zoryan Shkiryak, Advisor to the Minister of Internal Affairs expressed his opinion on legislative adjustment of weapons turnover in Ukraine: “it’s not a good time”, he said.

When reporters asked him about a gun on his hip, Mr. Shirkyak said that “it’s an "award weapon", which he carries openly in all places, where he feels his life is in danger”.

According to Ukrainian legislation, individuals can be decorated with state awards only by a Decree, signed by the President of Ukraine.

Considering the fact, that "award weapon" is an outstanding service award, Ukrainian Gun Owners Association (UGOA) sent an official inquiry to the President of Ukraine and the Ministry of Foreign Affairs with the following questions: Was Zoryan Shkiryak decorated with an "award weapon"?; and if so, can we get a copy of a President’s Decree on that matter?; What Law of Ukraine regulates transfer of weapon from the President of Ukraine to citizen Shkiryak and the right to carry it? But these inquiries remained unanswered.

For that reason, UGOA filed a lawsuit against MIF for a denial of presenting public records containing details of the Minister’s Advisor decoration.

In court, representative of MIF could not explain Mr. Shkiryak’s relation to the Ministry staff and why public records on his decoration are restricted.

As a result, Kyiv County Administrative Court ruled in favor of UGOA: from now on, attribution of records about decoration and awardees to restricted information is illegal. According to the ruling, MIF will also pay UGOA’s court costs of 2,756 hryvnas, which will be used for further campaigning for the right to self-defense. 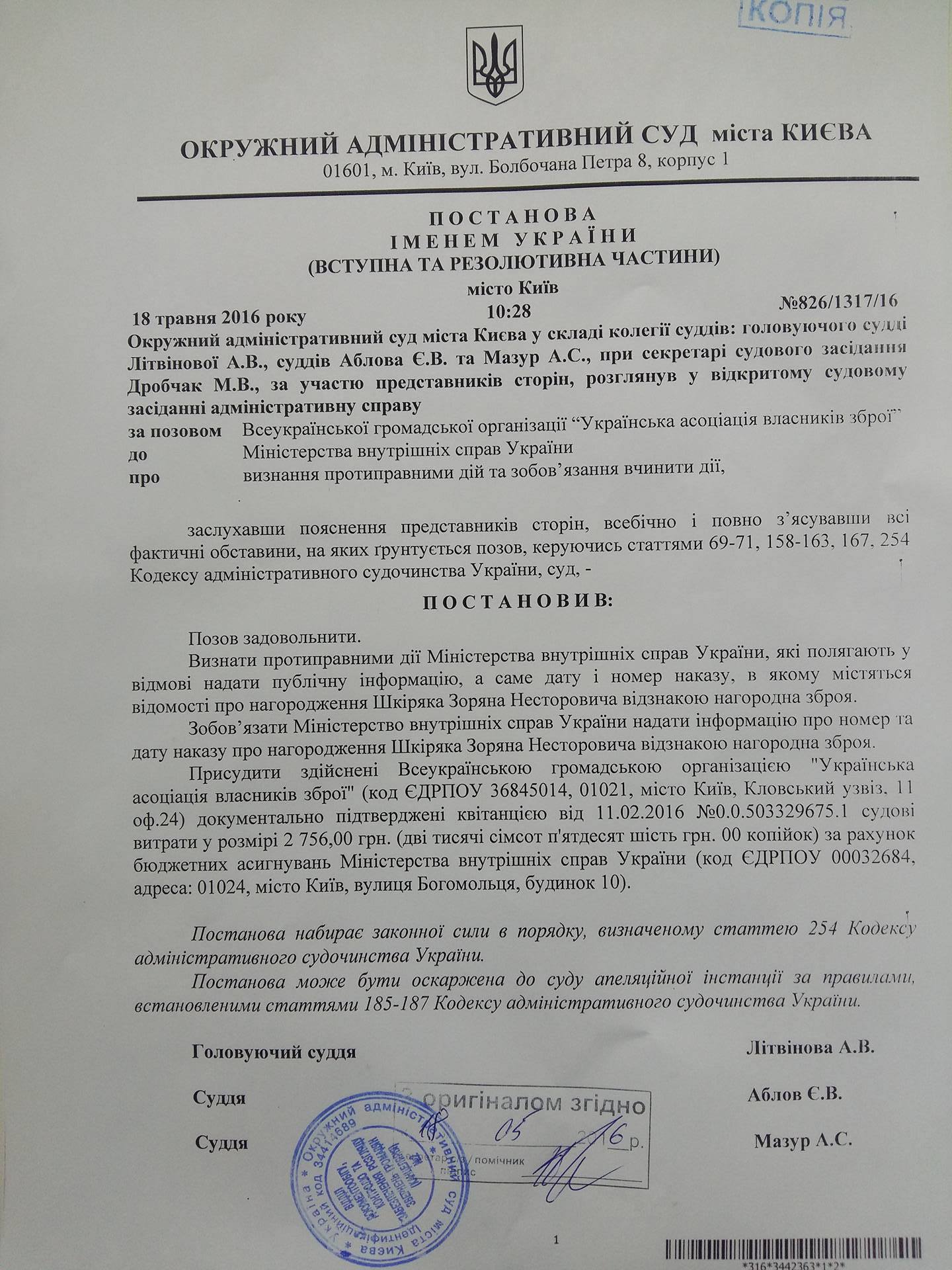 All legal services are the courtesy of the funders of legal campaign initiative for the right to self-defense and to bear arms.