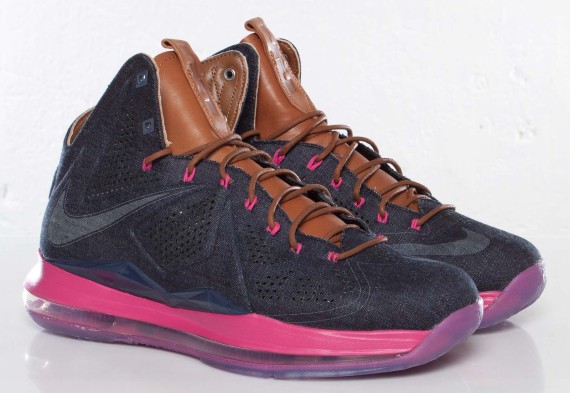 A crook in Atlanta made a fatal mistake on Saturday when he tried to rob patrons in line for the new, $180 Lebron James shoes: The lawbreaker was shot dead after a customer used his gun to fight back.

Patrons had been lining up all week — at least of them one since last Monday — to get the new Nike LeBron X EXT shoes. And according to WSB-TV, a parking attendant had warned buyers outside the store Wish in the Little Five Points area that someone had been pick-pocketing patrons. Around 5:30am on Saturday, he apparently struck.

Reports indicate the crook used a gun to try and rob everyone one in line. But one person wasn’t having it. An armed citizen in line used his own gun to fight back — he opened fire on the man and hit him. The crook ran a little ways before collapsing and dying.

“He really stood up for all of us,” Taylor White — a fellow patron — told WSB. “And I salute him, to the homie that did that.”

WSB has a video report with more incredible details, such as a man in line responding to the parking attendant’s initial warning by saying he had a concealed weapon permit and wasn’t afraid to use it, and even the local channel saying that the good Samaritan was actually still in line while they were doing their report but he asked not to be identified.

And WAGA-TV has the surveillance camera footage showing the exact moment gunfire rang out.

So far, the patron has not been charged as police have determined the shooting was in self-defense.

As for the shoes and the store, the Atlanta Journal Constitution says the store at the center of the shooting sold out in two hours.