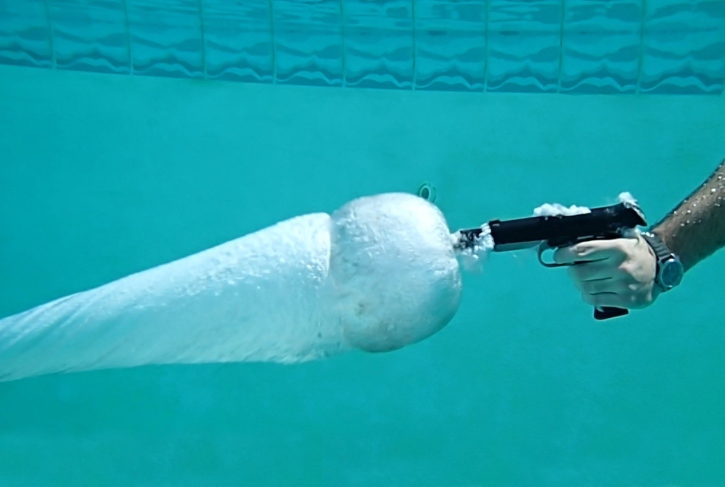 Our fearless leader in the White House, President Barack Hussein Obama believes we must do everything in our power to save lives, even if it involves stripping law-abiding citizens of their private property or infringing upon their constitutionally guaranteed rights.

In a gun-control stump speech in Minnesota last month, the president explained why we must be prepared to give up our freedom to save lives.

“No law or set of laws can keep our children completely safe. But if there’s even one thing we can do, if there’s just one life we can save, we’ve got an obligation to try.” As the founding member of a nonexistent public safety organization called the Citizens Commission to Save Lives, I wholeheartedly agree with the president. It’s time we start saving lives, by any means necessary.

To that end, every year about 3,500 people drown unintentionally in non-boating related incidents, according to the Centers for Disease Control and Prevention. That equates to about ten deaths per day of which two are children under the age of 14. Looking at the aggregate picture, drowning ranks fifth among the leading causes of unintentional injury death in the U.S.

Many of these accidental drownings occur in swimming pools, what the Citizens Commission to Save Lives prefers to call ‘aquatic death traps’ (ADTs), because that’s what they really are. When one crunches the numbers it becomes readily apparent that swimming pools don’t save lives; they take lives.

To look at it another way, ask yourself this question: does anyone really need an ADT?

The answer to this question is a resounding ‘no.’

It’s a known scientific fact that humans are not marine animals. We don’t live in water. We don’t need to go subsurface to survive on this earth. While one can argue that swimming is a good form of exercise, there are plenty of other ways to get in shape, e.g. a zumba fitness party (in full disclosure, I have no idea what a zumba fitness party is, but I would like to imagine it involves the women pictured in the video below).

Consequently, the Citizens Commission to Save Lives believes that all ADTs should be destroyed or rendered permanently inoperable. For example, owners of an above ground ADT should puncture the liner and outer walls with a K-Bar knife and owners of an in-ground ADT should fill it in with cement.

To ensure compliance, the Citizens Commission to Save Lives supports a federal, retroactive ban on ADTs. Failure to accord with the ADT ban would result in a felony conviction and possible jail time.

In closing, and on a moral note, the Citizens Commission to Save Lives would like to channel New Yorker writer Adam Gopnik and say that the people who fight and lobby and legislate to make ADTs regularly available are complicit in the accidental deaths of those drowned victims.

They have made a clear moral choice: that the comfort and emotional reassurance they take from having ADTs, placed in the balance even against the routine drowning of innocent children, is of supreme value.

Whatever satisfaction ADT owners take from their ADTs—we know for certain that there is no prudential value in them—is more important than children’s lives. Give them credit: life is making moral choices, and that’s a moral choice, clearly made.

The Citizens Commission to Save Lives is actively seeking new members. Our motto is simple: “Save lives, by any means necessary.” Our central objective is to save lives by getting the government to ban potentially dangerous inanimate objects (baseball bats, hammers, rope over four feet in length, high-speed scooters, etc.)