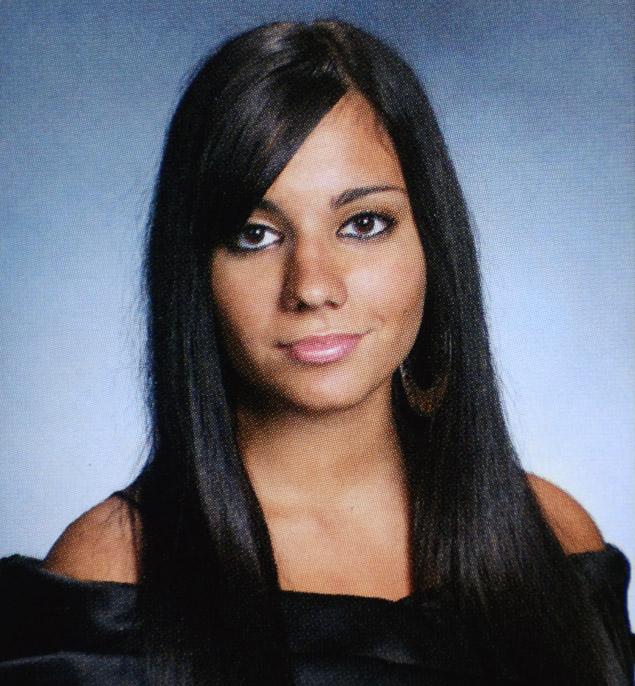 UNIONDALE, N.Y. (AP) — A junior at Hofstra University and an armed intruder were fatally shot during an overnight house break-in next to the campus, police said Friday.

The woman's twin sister was also in the house at the time but was unharmed.

It wasn't clear who fired the fatal shots or how many rounds were fired, but authorities said police were involved in the shooting. The crime cast a pall over the university, which had been gearing up for commencement ceremonies this weekend.

Three women and a man were inside the two-story rental house when the gunman, wearing a ski mask, forced his way in, according to Nassau County Deputy Inspector Kenneth Lack. The intruder allowed one woman to leave, and she called 911.

A law enforcement official with knowledge of the investigation told The Associated Press that the woman who left the house called 911 from near an ATM. The official was not authorized to discuss the investigation publicly and spoke to the AP on condition of anonymity.

The name of the victim, a 21-year-old junior from Westchester County, was not immediately released, and details on the gunman's motive and how the shootings unfolded remained unclear Friday afternoon.

Victoria Dehel, who lives four houses away, said she heard what sounded like fighting. At first she ignored it, figuring it was from rowdy students coming home from a bar.

"It didn't sound good at all," Dehel said. "I turned to my boyfriend and I said, 'I think someone just got murdered.' It was awful."

A dozen police cars swooped in; some officers carried protective shields. Dehel and her boyfriend started to go outside, but police yelled at them to go back into their house. The university sent a text alert to notify students and staff.

On Friday morning, the California Avenue Elementary School across the street from the house was closed, and streets in the area were still sealed off.

"Today is the last day of finals and this should be a happy day on campus; but it's not," said Hofstra freshman Scott Aharoni, of Great Neck, as he passed through the area rife with yellow crime-scene tape. "It's really sad."

The school's graduation is Sunday. "While our hearts are laden with grief, this weekend's commencement ceremonies will go on as scheduled," Hofstra President Stuart Rabinowitz said in a statement. "The accomplishments of our graduates must be recognized, and together our community will heal and find the strength to move forward."